Did you know that JETBeam has a lot of really cool tactical flashlights? I have to admit I haven’t looked into JETBeam enough, but I’m going to start now. I’ve come across quite a few awesome tactical flashlights from them the I want to review. Today, I’m going to review the JETBeam TH15 tactical flashlight. This one has a really unique and robust user interface that’s actually not too difficult to learn so I’m excited to talk about this one today. I’ll go over the features and then finish with pros and cons of the light.

As you can see, the JETBeam TH15 LED flashlight has a baton style body design, but still has a nice tactical look to it thanks in part to the small strike bezel you can see on it. I wouldn’t call it a self-defense bezel, but it’ll protect the LED a bit more. It’s a little less than 6 inches in length but it’s slim enough that I could see it being carried as an everyday carry flashlight. It really just depends on whether you prefer a smaller pocket flashlight or a larger possibly more powerful flashlight.

The TH15 delivers 1300 lumens and features a combination beam so you’re going to get a hotspot with a good amount of spill. It has a maximum beam distance of 228 meters which means we’ll be able to see pretty far away with this light. JETBeam did a really good job with the look and finish of the light. The TH15 looks heavy duty and like it’s ready for business.

Just like any of the best tactical flashlights, the JETBeam TH15 features multiple outputs. You have seven total outputs and that includes a strobe mode. Let’s go over the different outputs you have. You have turbo at 1300 lumens, high at 900 lumens, middle at 450 lumens, low at 180 lumens, ultra-low at 60 lumens, eco at 10 lumens, and a strobe at 900 lumens. The spacing is really great. In fact, this may be my favorite spacing that I’ve seen on any LED flashlight. All of these brightness levels are extremely usable and these different outputs definitely give more versatility to the light.

I’ll try to talk about operating this flashlight though I don’t know if words will fully express how interesting this user interface is. So this light has a triple tail switch design and a side switch. I know it sounds like a lot, but believe me it makes sense with this flashlight. The function of the switches depends on the mode you have the flashlight in. The TH15 has two modes: Tactical and Outdoor.

Let’s take a look at the triple tail switch design first. You have a main switch and two secondary switches that function exactly the same way. The way the tail switches work out is so that whenever you pull the flashlight out you have immediate access to one of the secondary tail switch. This way you don’t need to rotate the light to get it the right way around.

In the Tactical mode, the side switch is locked out. The main tail switch gives you a momentary on, constant on, and instant turbo. With the two secondary switches you can have a one-touch strobe. All you have to do is hold one of those switches down and you’re in strobe mode. When the flashlight is on, you use either secondary switch to cycle through the different outputs. In the Tactical mode, you have access to turbo, high, middle, and ultra low. So it scales down the brightness levels giving you a very basic tactical flashlight.

Looking at the Outdoor mode, the secondary tail switches will be locked out. The main tail switch will still give you the momentary on and constant on. The side switch will be active and it allows you to cycle through different outputs. And you can double-click to get to the strobe mode with the side switch. It does feature a memory function as well which is especially nice because this mode is really great for outdoor or everyday carry. You can also access all 6 brightness levels in the outdoor mode.

It may sound complicated, but when you’re actually using the flashlight, it feels very intuitive. The triple tail switch design functions similarly to any dual tail switch design that we see in a lot of tactical flashlights. So the Tactical mode operates the same as many tactical flashlights we’ve already seen. With the Outdoor mode, we see a lot of LED flashlights, particularly EDC or general use, that function with a tail switch and a side switch. So basically what JETBeam did is take both of these user interfaces and combine them into one flashlight that allows you to choose which operations style you prefer. It’s such a great idea and I really appreciate what JETBeam did here. On top of that, switching between the modes has never been easier with any flashlight I’ve seen. All you have to do is press and hold the side switch until the light blinks to switch modes. That’s it. Easy to do and easy to remember.

The TH15 flashlight also has a low power indicator, one of my favorite features in every everyday carry light and outdoor flashlight. The indicator is located on the side switch and when your battery has low power it will slowly blink. Once your battery is at critically low power, it’s going to blink rapidly and this means it’s time to take the battery out and charge it before using it again. When your using flashlights all the time, low battery indicators can become your best friends. So good on JETBeam for making sure that there was a low power indicator on this light.

Pros: What an amazing flashlight. I like pretty much everything about it. The user interface is interesting. I love that JETBeam took two different operation styles and put them both in this flashlight. It makes this flashlight so versatile to use. It also has a wonderful design to it. It’s powerful at 1300 lumens and featurs a low power indicator which is always nice. And as I said before, I love the spacing between each brightness level.

Cons: well I can go on and on about how much I like this user interface, I don’t really know if it’s beginner-friendly. If you’ve never really used a high quality LED flashlight before with multiple modes, I think of user interface might throw you on this light. That being said, I still think it’s worthwhile to look into.

Final Thoughts: JETBeam created incredible tactical flashlight with the TH15. I think a lot of flashlights users will fall in love with this unique light. It’s powerful, it’s compact, it’s versatile, and would make a perfect go-to flashlight. So if you’re on the hunt for an amazing LED flashlight, make sure to check out the JETBeam TH15. 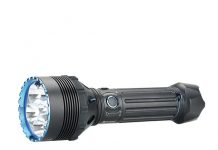 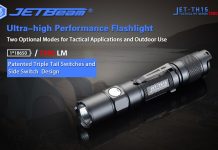 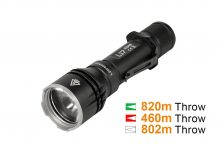 Best Tactical Flashlight for the Money

Brent E. Bernard - May 30, 2017
0
Best Tactical Flashlight for the Money The first thing you notice, when you pick up this tactical flashlight, is that it is better quality than...

Flashlight Reviews Brent - September 16, 2020
0
Olight always impresses the flashlight community whether they come out with a handy keychain flashlight or a bright tactical flashlight. When I...

Flashlight Reviews Brent - September 4, 2020
0
I know everyone has their preference when it comes to their pocket flashlights or everyday carry flashlights. For me personally, I prefer... 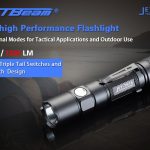 Flashlight Reviews Brent - August 28, 2020
0
Did you know that JETBeam has a lot of really cool tactical flashlights? I have to admit I haven't looked into JETBeam... 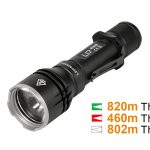 Flashlight Reviews Brent - August 21, 2020
0
I came across the Acebeam L17 and immediately became interested because of the different LED color options and the impressive beam throw.... 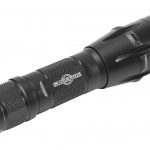 Flashlight Reviews Brent - August 14, 2020
0
Surefire makes incredible LED flashlights! So I want to take a moment and talk about why Surefire is so awesome as well... 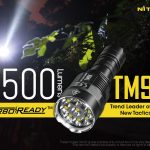 Flashlight Reviews Brent - August 6, 2020
0
I've reviewed a lot of monster pocket flashlights that deliver insane outputs. However, I have never seen a flashlight like the Nitecore... 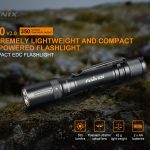 Flashlight Reviews Brent - July 31, 2020
0
Another AA everyday carry flashlight? You bet! I know I just reviewed the Olight I5T EOS flashlight, but then I came across... 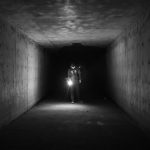 Flashlight Reviews Brent - July 24, 2020
0
Always be prepared. It's a great motto to stick by. For those of us with emergency kits or bug-out bags, you understand...

Flashlight Reviews Brent - July 16, 2020
0
Thanks for checking in again with Best Tactical Flashlights! Today I want to take a look at a durable and economical pocket... 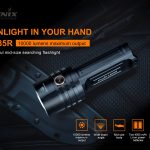 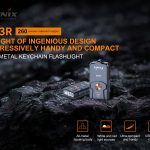 Flashlight Reviews Brent - July 2, 2020
0
I don't usually do reviews on keychain flashlights, but I came across the Fenix E03R mini flashlights and had to review it.... 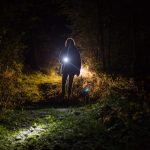 What to Look for in a Survival Flashlight 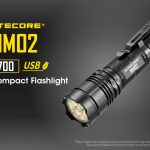 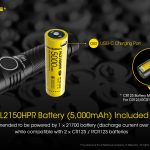 Flashlight Reviews Brent - June 11, 2020
0
If you're new to the flashlight world, you may be wondering about all these lithium ion batteries, what they are, what mAh... 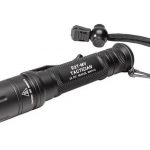 Flashlight Reviews Brent - June 5, 2020
0
I've been reviewing a lot of 18650 and 21700 flashlights. Obviously, these are some of my favorites, but I think it's important...
© Copyright 2018 - All Rights Reserved - BestTacticalFlashlights.Org
MORE STORIES